Outreach: Failure and Persistence OR "OMG, What If No One Shows Up?" 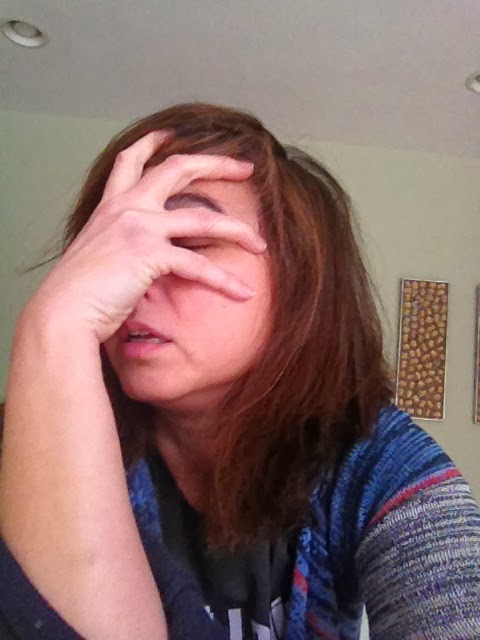 It’s time to tell a story about failure. And persistence. Before one talks genuinely about persistence, one has to talk about failure. Because stories about how people persist in their constant and inevitable success are boring and –  in my experience – often fiction. This blog entry isn’t about the silver bullet of how to gather people to your movement. (If you have a blog like that, please send it to me. I’d like to read it.) It’s about how to keep going and why you should keep going when it looks like things are not going well at all.

October 17, 2009 was a dark day for me. It was a day the Millennium Campaign invited anti-poverty groups worldwide to join them in a day called: “Stand Up, Take Action, End Poverty Now.” At RESULTS, we dedicated one of our monthly conference calls to the event for a nationwide outreach push. I was excited. Certainly, there was a RESULTS group in Oak Park, but I lived an hour away near Evanston and I felt I really needed some local partners to help me. I’d been an activist for two years and this was my big chance to invite my friends to join in the advocacy I found to be so thrilling and fulfilling!

The famous Dr. Paul Farmer, author of Mountains Beyond Mountains and founder of Partners in Health, was the speaker on this conference call and it was our first live webcast. RESULTS had done everything it could for us…scheduled a great speaker on a international day of action, designed invitation flyers, given us outlines for a great outreach meeting, and given us an easy action to take. I secured a comfortable office space in the heart of downtown Evanston close to public transportation and ample parking. I made fresh guacamole and brownies. I invited everyone I knew and sent out reminder emails. I was ready to grow my group and launch a new bunch of activists into the work I was so passionate about.

At the appointed hour, I set out the snacks. I opened a soda. I opened the door…and no one walked through it.

A half hour ticked by while I waited for the call. Maybe they were going to walk in at the last minute?

A half an hour later, I closed the door, lay back on the office couch, and closed my eyes. I felt like the biggest dope. If I couldn’t grow my group with all that support from the Washington D.C. office, there was no hope for me. Forty-three cities held “Stand Up” events and I was certain that I was the 43rd, sitting alone. The part of the call came when all the groups were supposed to “Stand Up” against poverty. I couldn’t even bear it. I threw my arm over my face and defiantly continued to “Lay Down” in harmony with my own miserable nature while listening to groups on the open phone line cheering wildly. Later, I would find out that an estimated 173 million people stood up against poverty that day. I wasn’t one of them.

What did I do? What didn’t I do? Was it my abrasive personality? Should I just give up on this whole thing?

What would you do?

That was five years ago. I’ve come a long way as an activist since then. I can now gather people for a fundraiser and raise thousands of dollars. I can now look my senator in the eye and ask for billions for global health programs. Yet, honestly, outreach is still a challenge for me. Getting people to come over in person and take an action is still a tough nut for me to crack. I have great and supportive advocacy coaches. They picked me up, put me back together, gave suggestions about how to improve my inviting (invite people in person, not only over email…recruit a few others as an inviting team…have it at a fun venue…etc) But what I really needed was a shift in perspective to inspire me to try again at all.

As usual, Captain Jack Sparrow had some guidance to offer… 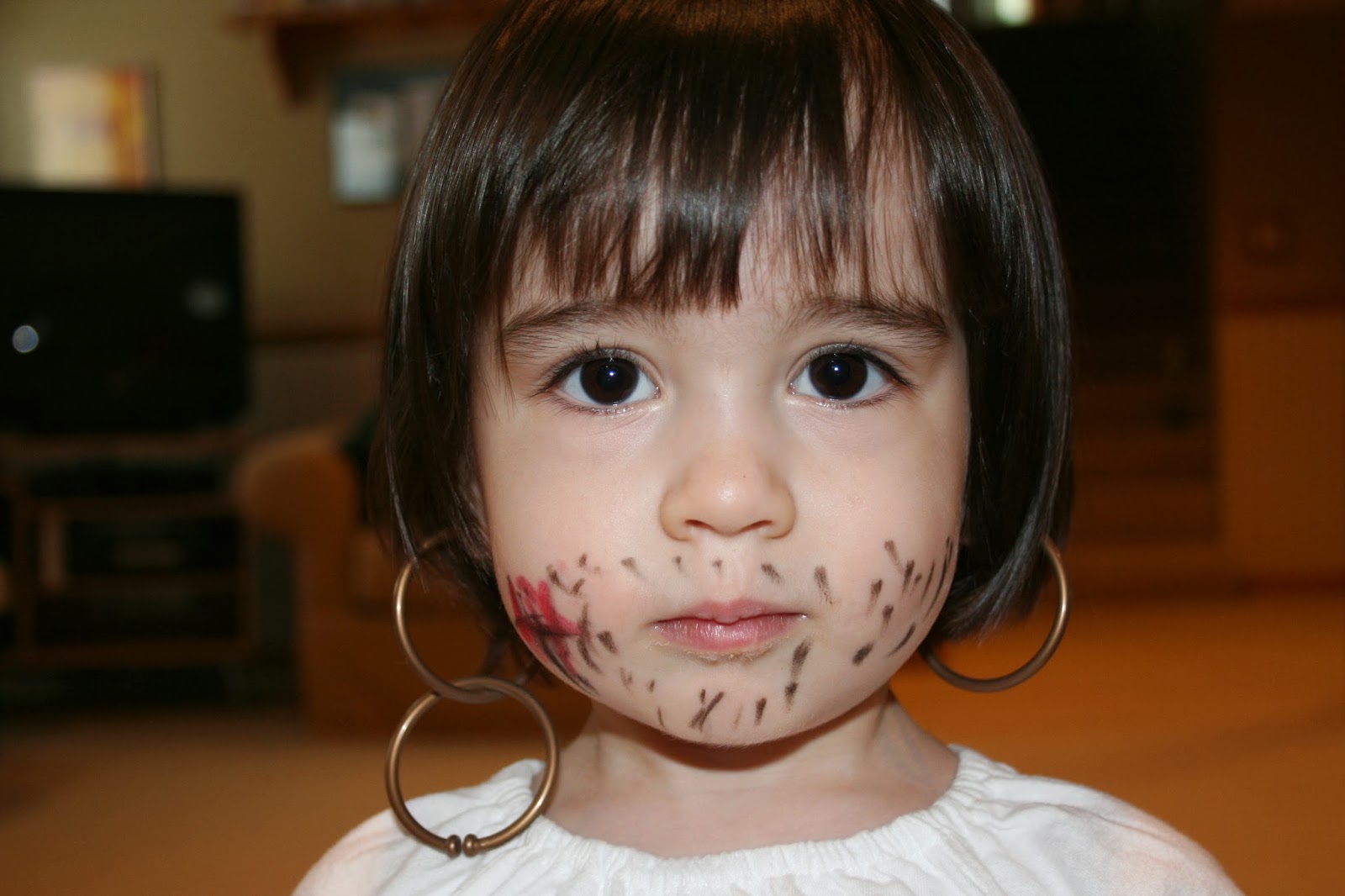 Yes. Some pirate thinking is what we all need now and then. There had to be a shift in attitude for me to understand that not everyone is going to be instantly successful in getting people to flock to meetings about poverty right off the bat. At some point, I had to realize that poverty work doesn’t sound as fun as a day at the Magic Kingdom to most folks. Getting people to attend action meetings is a skill just like many other skills to be practiced and learned.

Being a mom, the best coaching I have for myself when no one else is around is to think:

“What would you say to your child?” 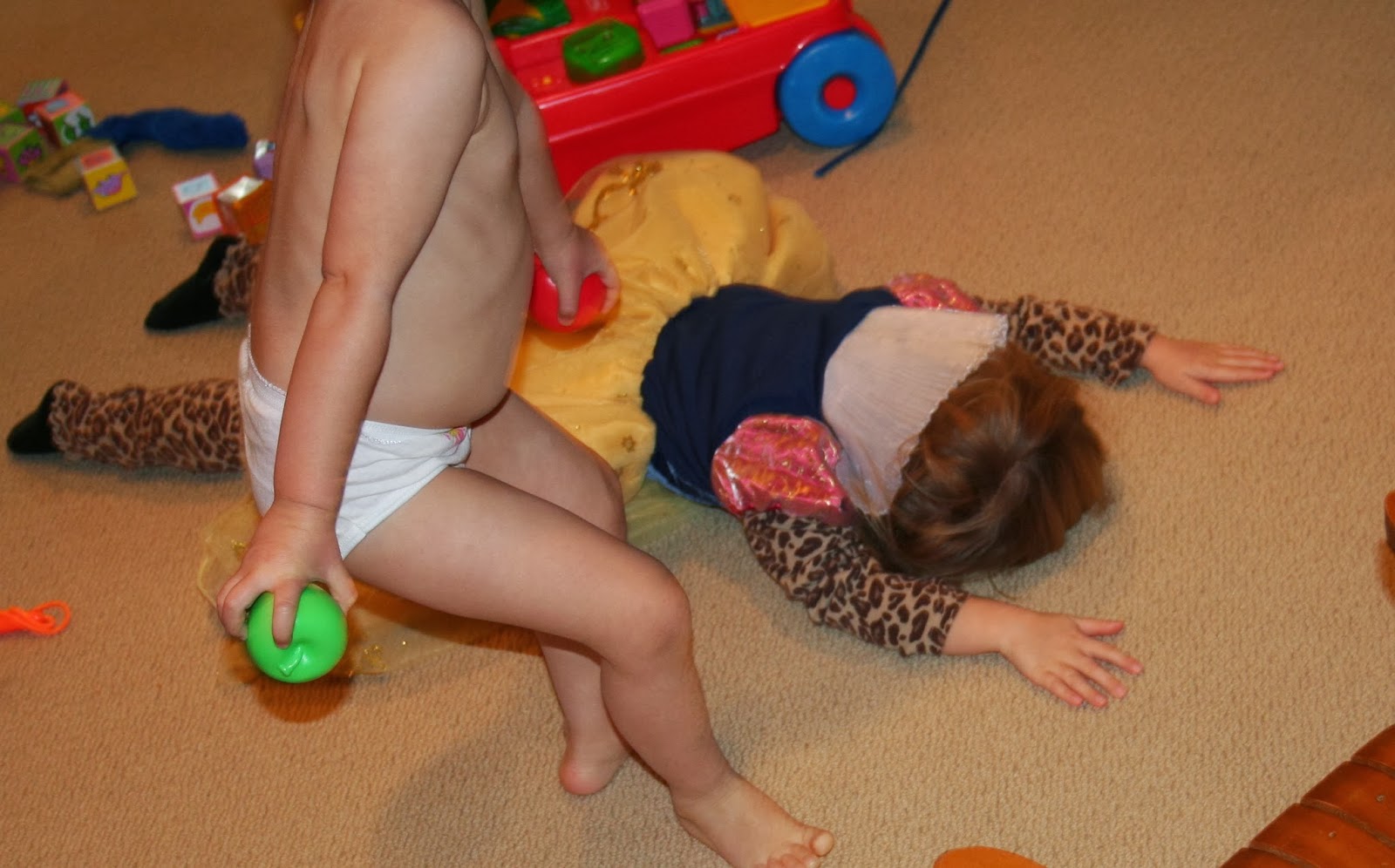 If your child has difficulty making friends at playdates, would you tell your kid she should just give up on trying to make a friend? That she is better off going through life alone? Of course not. You might try different situations to make the experience more comfortable or try tactics to set her up for success. It might take a very long time. Maybe even years. But you wouldn’t just say, “Nah, bag it. You don’t need ‘em. You probably won’t need a job where you get along with co-workers either.” I bet you would help her see that in life you need to keep at it until you find a way it works for you, even if it’s not the way that usually works for other people.

And what would I tell my child if she came home telling me that she didn’t have a $500 robot she’d like to use for a science fair? That we can’t afford it and she should quit? Or, would I help her understand that sometimes you gotta work with what you have to get the job done a different way? If I don’t have 100 or even 20 activists…so what? I need to ask myself, “What can I do with 2 or 3 activists?” Quite a lot, actually. (and with a lot less coordination, it turns out!)

Persistence and creative thinking are a couple of the best qualities I could hope to model for my children. They are key components of success in lobbying, sports, academics, and just about every aspect of life. I model persistence for them when I keep working on my outreach. Plus, I enjoy successes from time to time that show me that it’s worthwhile.

These are the things I tell myself even today. From that kind of shift in attitude, came the idea of having meetings at my house with other moms and a babysitter in the basement to play with our small kids. Turns out, having someone else watch your kids for an hour IS BETTER than a day in the Magic Kingdom when your kids are 1 and 3 years old! That’s not the national RESULTS model, but it worked for me and my little group of moms got a lot of great work done together.

Anyway, this part of my advocacy is still a work in progress. I’m still trying and this time I have an inviting team and a decade of lessons learned. I’ll be starting a new RESULTS group in St Louis on March 30 to work on global poverty issues. Come join us if you are in the area!

I will also say this: My earlier struggles make me a much better coach. I have the empathy and the street cred now, so that people believe me when I can say “Keep going. Try different things. It gets better.” A colleague and I presented an “Advocacy 101” session on a college campus in Chicago. When we got to the part about the importance of outreach, a young man in the front row raised his hand suddenly and we called on him. Turns out he didn’t have a question, but sadly confessed, “One time I held a meeting and I was the only one who came.” 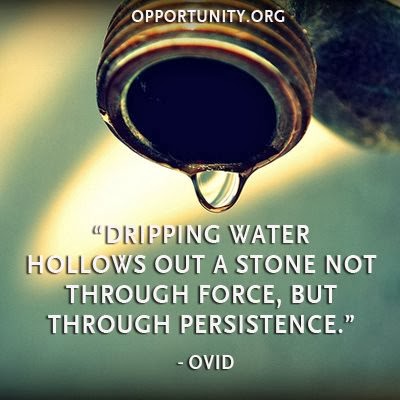