Mother's Day is coming up and if you're like me, you may be casting about looking for ideas. Here are a few of my favorites of the moment right now that will keep you away from aimlessly wandering a commercial shopping mall and help you find a gift that will also lift someone out of poverty or do some other good for the world!

"Clean Birth" Mother's Day Card
What's more adorable than a card that has the sub-text, "Hey, mom, I'm really glad we both survived the birthing process!" ? When you choose a $20 card in a customized, hand-stamped bag, four moms and 4 babies receive infection-preventing birth supplies to help save both their lives. CleanBirth.org supplies these simple kits and training for nurses in remote areas in Laos where becoming a mother can be a dangerous activity. See the World Moms Blog post about the Clean Birth Mother's Day campaign for more details.


Necklaces from PurposeJewelry.org
"Purpose" jewelry is handcrafted by survivors of modern-day slavery. This organization is linked with International Sanctuary, a non-profit that provides holistic care for young women rescued from sex trafficking. 100% of the proceeds from this jewelry benefit the employment of survivors. My favorite designs are "Journey," "Unity," and "Infinity." There are also lovely packaged Mother's Day sets available with the Unity design necklace.

Ok, I know that I put the Game Day scarf on my Christmas recommendations last year, but this bears repeating for three reasons. 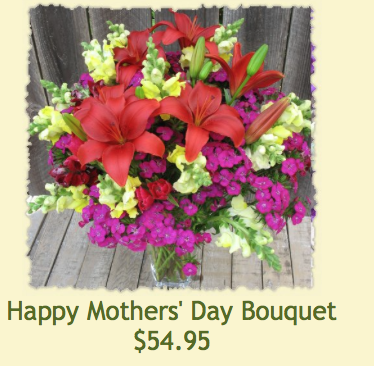 You just can't go wrong with flowers...unless the flowers you give mom are ripe with the smell of human rights violations! Eek! These beauties are good for the environment and are cared for on a small farm where workers earn a fair wage before mom gets her hands on them. You might have to order them a little more ahead of time than calling the local florist the day before Mother's Day, but you'll be assured that you're not oppressing other mothers while paying homage to your own mom. 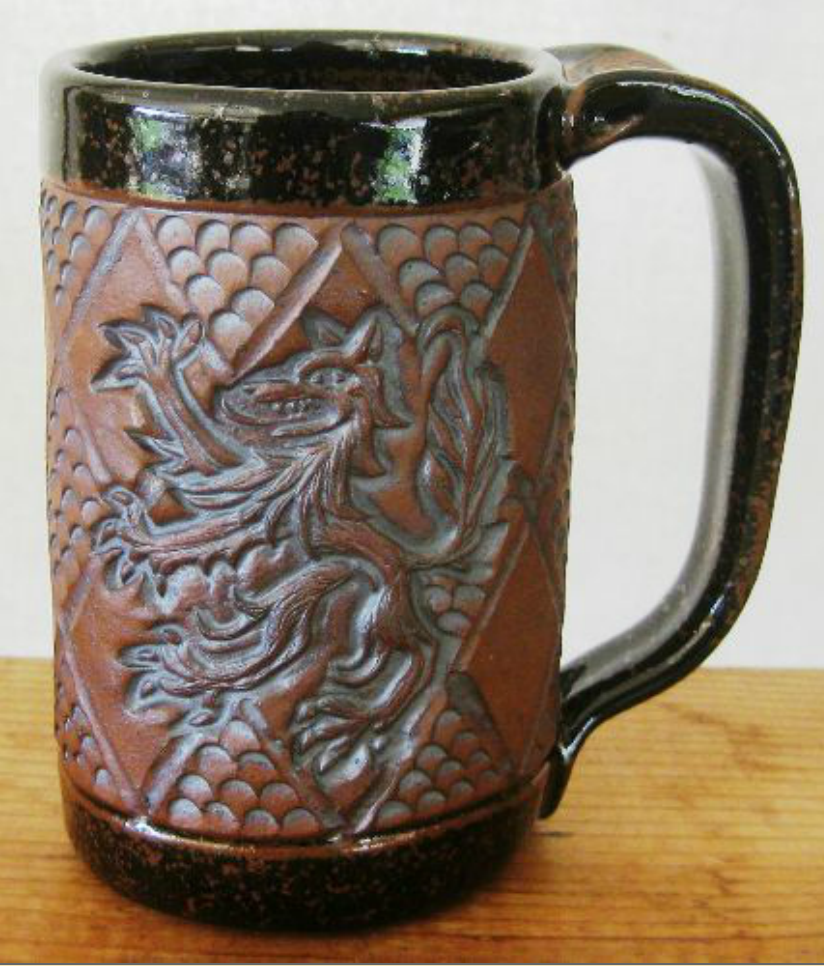 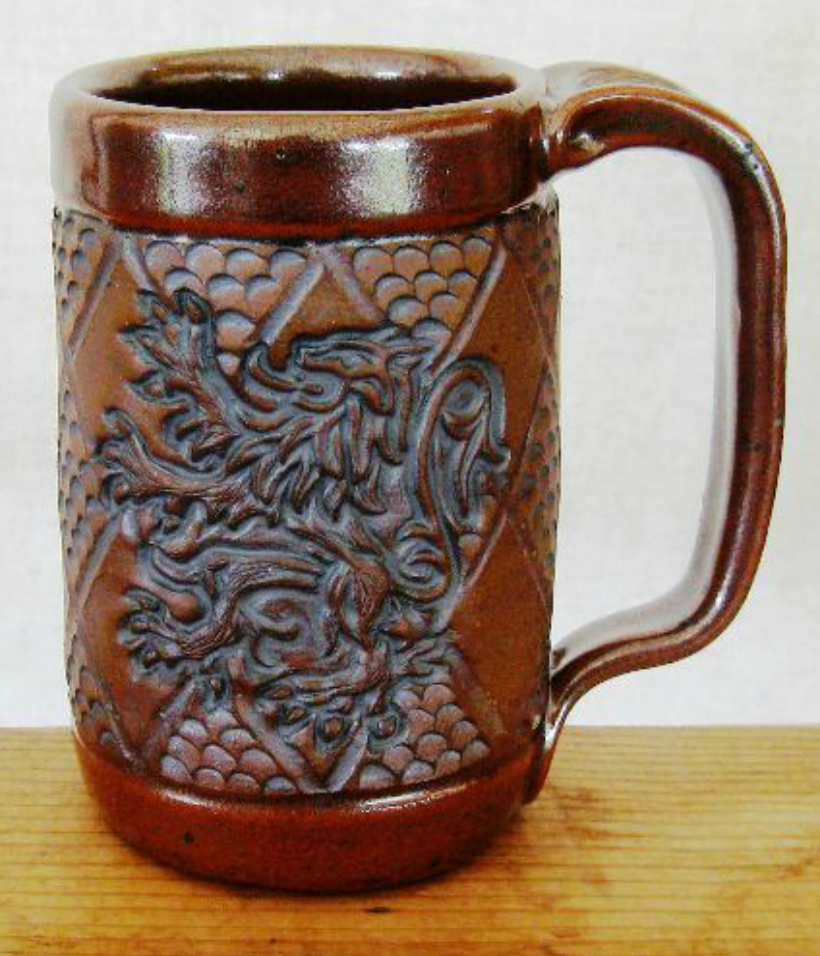 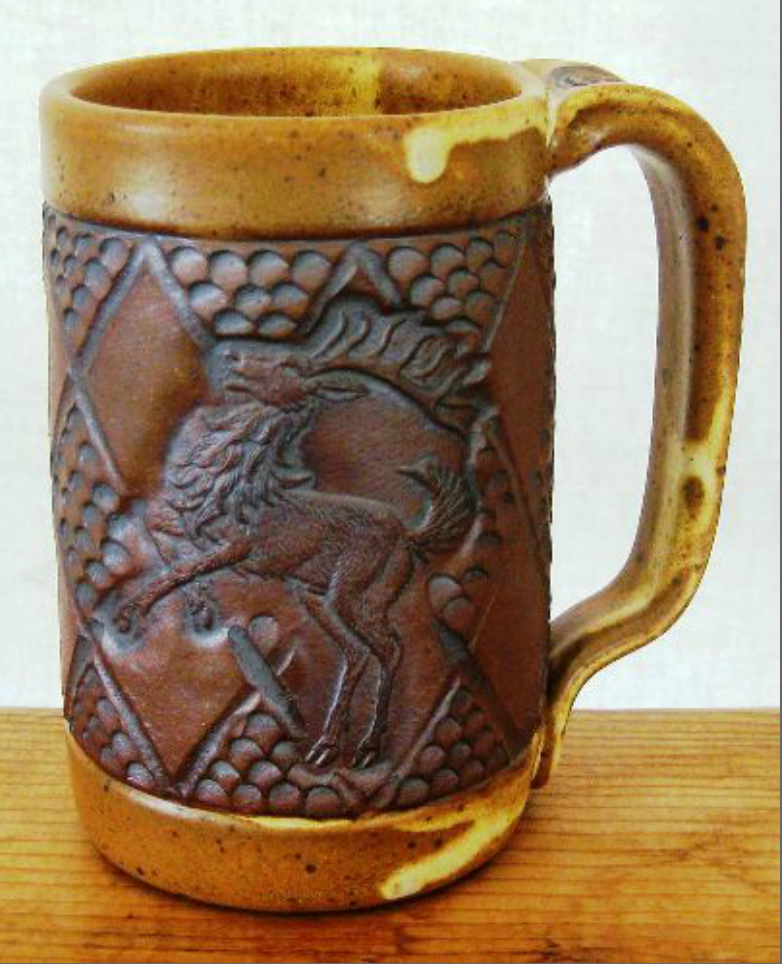 If Mom is a Game of Thrones fan and fancies herself a Stark wolf, a Lannister lion, a Baratheon stag, or even a Mormont Bear, then the women of Ash & Griffin Pottery can hook you up! They have all sorts of mugs hearkening of earlier or fantasy times...all of a very decent coffee holding size. Actually, these ladies make all kinds of beautiful and whimsical things. But this suggestion isn't just about them. I urge everyone to consider buying from local artisans who make their living through their art. Chances are that most of the the people who make art for the love of it in your community aren't rolling in the dough. I strongly believe that handcrafted art is a benefit to our society as a whole and I feel like people shouldn't have to live in poverty to make beautiful things. So, find an artist your mother would like and make them both happy this year! (Photo credits: Ash & Griffin)

Not enough ideas? Maybe we don't share tastes? Well, take a look at Busy Mommy's post about 150+ Companies with Fair Trade, Buy One Give One Products or Who Donate a Portion of Proceeds. Surely you can find something in there! I can't vouch for those products I haven't used, but at least these companies are doing good and saving your mother from a receiving a blender for all the hard work she put into raising you!

Ever since the death of young African-American Mike Brown and the subsequent rioting in Ferguson this summer, I've been struggling here in St. Louis to find a way to talk to my kids about race privilege and economic privilege in a way they can truly understand. You see, as I talked about in my World Mom's Blog post - #Ferguson is Closer Than We Think - we are geographically only about a half hour drive from the city of Ferguson, but in a practical sense, my kids live in a different reality than the kids going to school there. Unexpectedly, I think I've stumbled upon the perfect illustration for their comprehension level: the Scripps National Spelling Bee.


Each year across the USA, approximately 10 million children participate in a school spelling bee sponsored by their local paper and sanctioned by the Scripps National Spelling Bee. The winners of the school bee generally participate in a regional bee. The regional bee for our area in 2015 involved 250 children who were whittled down to 32 via a written spelling test. Those 32 competed in an oral spelling bee and our winner will continue onto Washington DC to represent our area among almost 300 students competing for the #1 rank, which will come with fame and fortune. (I think $40,000 is pretty much "fortune" for most middle school-aged kids)

At first blush, it seems like spelling is an even playing field. After all, no one is excluded from participating and either you spell the words right or you don't. The kids all start with the same spelling list to memorize at the school level and everyone can have access to the official Scripp's spelling bee dictionary (Webster's 3rd Edition Unabridged) from which the regional words are pulled. But it doesn't take too much thought or imagination to realize it's not an even playing field at all. Can a child of a racial minority who lives in poverty win the bee? Of course. Would a child of such a background have a much tougher time? Definitely.

I was happy I could coach and accompany my daughter all the way through to our regional spelling bee level. As she dreamed of what it might be like to hold the trophy, I did what a good coach would do...thought about the probabilities of her getting there and what kind of preparation would help her get to her goal. I bought her a dictionary. We researched together to find helpful spelling lists. We spent hours looking up pronunciations and drilling words. I bought her a few resource books and signed her up for an online training tool. We had fun together with her new project, but the more time, energy, and dollars I sunk into it, the more I suspected that some other competitors might not be having the same experience.

Sure, it seems like everyone has the same resources - a dictionary, the internet, and word lists from Scripps - but here is the reality: 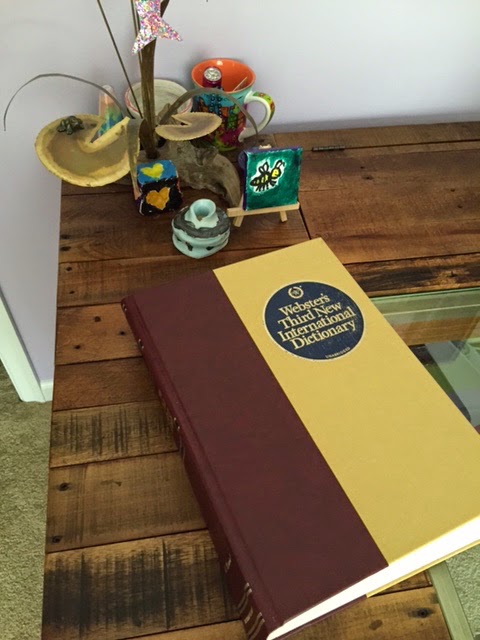 My suspicions of inequality were confirmed when I chatted with a teacher at our Saturday regional semi-finals who was very kind and supportive of my nervous first-time participant. In our pre-competition chit-chat, I discovered she was chaperoning a busload of students from the Ferguson-Florissant school district. For goodness sake, in addition to the chronic hunger and other poverty issues they have to deal with all the time, those kids didn't even get to start school until 2 weeks after we did because of the violence in their community! I told the teacher that I hoped her students did well and I truly meant it. I would love for her district to be in the paper for something positive.

I'm not the first one to discover a microcosm of privilege in the world of the Scripps Bee. The issue is evident in two movies about the Scripps Bee: Akeelah and the Bee and Spellbound. In the fictional Akeelah and the Bee, the main character is an African American girl who overcomes a crumbling family support system, a failed school, taunting from other students, and lack of resources to follow her spelling dreams. Spellbound is a documentary without Akeelah's Hollywood happy ending where the filmmakers follow the triumphs and disappointments of eight teenagers from different backgrounds. Family culture, support, and economic status play a big part in this true-life drama.


So...it's not fair. Life isn't fair. Should we walk away from it or can we make it at least more fair? What should my daughter and I take away from this? Economic and race privilege is a thorny systematic issue that can't be solved by one person and her kid. But as for me, I'm not one to do nothing just because I can't do everything.

Here's my plan. In the short term, I'm going to keep fighting for programs that benefit low-income Americans like SNAP (food stamp) and school lunch funding...because if a student is hungry, she can't develop and focus properly nor learn to her fullest potential. In the long term, I'm going to figure out - with my own daughter as a guinea pig - how to be a good spelling coach. As we make up our cards and resources, I'm going to figure out how to do this, so I can become a good tutor and coach to some kids who don't have anyone to do that for them.

I can't to everything, but I can do some things...especially the things I'm good at...so that's what I intend to do.