Does Your Leadership (Parenting) Match Your Followers (Children)?

Last week, my family had an interaction that caused us to reflect a bit on leadership. My sixth grade daughter had to pack for an overnight retreat. This was the first time she had been on a trip of this kind and she was very excited! She had a list of things she needed and was eager to put it all together the night before the trip. Meanwhile, her sister was having a difficulty studying for a test. No problem! We've got two parents. I took on the science test study and I asked my husband to help with the packing.

I came back to the packing party a few hours later and was surprised to see that my visiting sister had actually taken a bigger role in the packing task. My husband - not knowing there were potentially confusing choices or tricky words on the list - had delegated the packing to the 11 year old by saying, "You get started and come get me if you have problems." Nothing wrong with that at all! Except that she was such a beginner in packing that she had questions like, "What are toiletries?" This led to my sister stepping in to provide definitions and suggestions about how to choose items that would fit well in a bag and how to efficiently pack them in there.

Later, we mused over the incident and how it reminded us of leadership modeling. The sixth grader was just too much of a packing novice to succeed with only a delegation. Even though she's an extremely mature kid, she doesn't have the experience needed for this particular "task maturity." Pure delegation wasn't working for her yet on that job. Just like it doesn't work with many activists I have led who don't have much experience advocating. So, what theory can help us see what people need so that we don't leave them wondering what in the world to do?

The situational leadership model is a theory developed by Paul Hersey, professor and author of the book "The Situational Leader," and Ken Blanchard, leadership trainer and author of "The One Minute Manager." I'm certainly no expert in it, but some the basics of it ring true to me.

As I understand situational leadership theory, there isn't really a "best" style of leadership. Effective leadership is specific to the task at hand and the person doing the task. Flexible leaders adapt their leadership style to the maturity and skill of the one(s) who are being led. Here are examples of different follower types you might be leading as a parent or a community organizer. 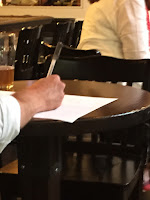