Beyond Voting...How YOU Can Influence an Election

Usually, I spend my space in this blog talking about advocacy and the ways we can influence government in-between elections. It IS election season, however, so I want to talk about how to influence the election beyond simply voting.

I was walking along with a mom-friend talking about the presidential election. Like most people, we were airing general grievances about the election news being everywhere you turn. Finally, she made the offhand comment, "Yeah, but after the primaries, there's nothing you can do about it until November." Ahhhh...she should know better than to lob an easy pitch like that at me! I love my friend very, very much, but that kind of attitude is exactly how elections are lost. Of COURSE there are a lot of things an average person can do about the election!

My candidate, Hillary Clinton, isn't a quitter and neither am I. So, here's my list of easy things we can do to help Hillary (or any of your favorite down-ballot candidates) win: 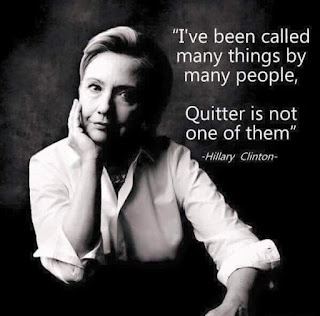 #1 Talk to your friends about why you like your candidate. I know this sounds simple, but I know it's actually not easy for a lot of people. Yet it's so important! Person-to-person interactions are at the heart of political campaigns. Especially in a battleground state, your personal endorsement may be the thing that swings the vote of someone who respects you. And, as Lindy West said in her opinion piece in The Guardian, it's not enough to talk about why the opponent is bad. We need to talk about why Hillary Clinton is good! For me, it's her lifelong commitment to the health and well-being of women and children around the world. As an advocate, I've fought for HIV/AIDS funding, for girls' global education, and against child-killing diseases like pneumonia. Hillary Clinton has been right along side me on these issues as a senator, Secretary of State, and through the Clinton Foundation. Her tenacity for the issues I'm passionate about is probably the most compelling thing about her for me. 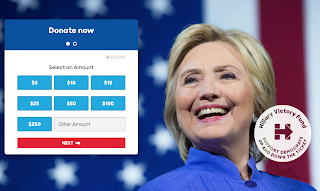 #2 Donate money. Yeah, It's a bummer that money makes the political world go 'round, but it does. The good news is that if you feel intimidated taking other more public actions, this might be an easy thing to do. Give $10 or $100 or $1000. Whatever is meaningful to you! Remember how far Bernie Sanders got with an average gift of $27? The little amounts can really add up and make a big difference.

#3 Volunteer. How about getting out of your own space and meeting other people who share your enthusiasm? I find that is really valuable for my peace of mind when I live in an area with many people who do not share my opinions. Here are some of the things our volunteers do here at Hillary for America HQ in St Louis:
You can be in the trenches of making things happen....plus, sometimes there is cake! Aaaand....if you volunteer for Hillary, sometimes actor Sean Astin will randomly show up!!! 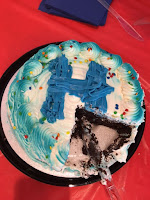 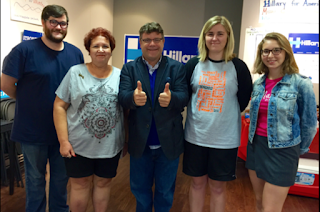 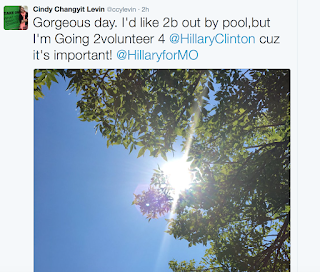 #4 Promote your candidate on social media. For people who regularly use Facebook, Twitter, Instagram, etc, this might be the easiest thing to do. You don't have to get in the middle of national-level back and forth like Twitter heavyweight Peter Daou. Just tweet positive messages about what your candidate is doing or pictures of the action at your local campaign headquarters. Blogging (as I'm doing right now) is even better! Be sure to use all the local and national hashtags (like #ImWithHer #ClintonKaine #HillaryForMO ) when you tweet.

#5 Donate things. Hey, how does that cake magically get there to feed volunteers? Ah, someone DONATED it! Phone bankers are fueled by snack foods, soda, and water. Every headquarters probably has an ever-changing list of things they need from office chairs to bins to markers to bottled water.

There you go! Surely, there is something on this list you feel comfortable doing. And, even better, pick an additional one you feel a little uncomfortable doing and ask a friend to do it with you. After all, we're "Stronger Together" !!