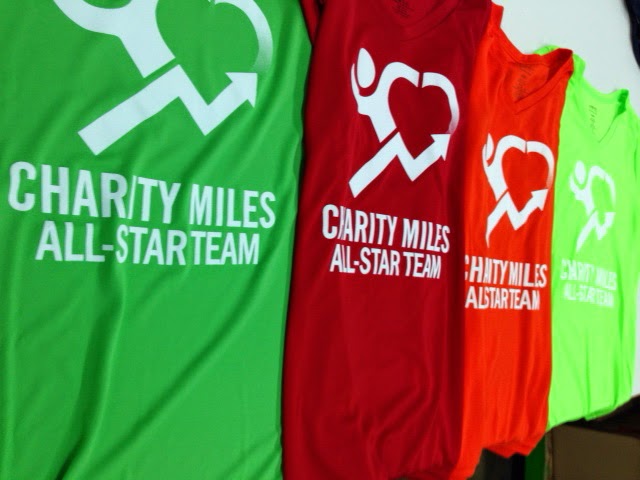 One of my favorite things about my friends is that they are not just like me. And they're not just like each other. The way we dress, favorite beverages (caffeine, beer, vino?), what we read, how we communicate...all of those differences make up a beautiful tapestry of friendship that keeps life interesting. However, three of my friends - as different as can be - are coming together this weekend to become the "Charity Miles All Star Relay Marathon Team" and share some very important similarities.

What we four have in common is that we are all moms, long-distance runners, and people who care deeply about making the world a better place for future generations. So, it makes sense that we use Charity Miles, an app that tracks distance and donates sponsored money to the charity of your choice based on your milage. Because we have different passions for varied issues, we tend not to run for the same charities. But because we have compassion and respect for each other's causes, we sometimes like to switch it up a bit and run for each others' organizations.

When I found out that the GO! St. Louis Marathon had an option to split the race up as a relay team, I called to see if they wanted to race with me to show people how easy and fun it is to use Charity Miles for their favorite cause...or several favorites. Without hesitation, the everyone was IN!

Two things we want everyone to take away from hearing about our race:


1) YOU can use Charity Miles for both your routine exercise and significant races to raise money for a charity at no cost to you.


2) Charity Miles offers sponsorship money for MANY powerful causes! You can run for the same one all the time or switch it up.

Whether you're racing this weekend or just out walking, load up Charity Miles and earn some money from one of the many charity partners. I'm sure you'll find one you like! If you see us at the GO! St. Louis marathon in our Charity Miles t-shirts, give us a shout!

So, now, please meet the team in relay order with their t-shirt colors representing the branded colors of our charities... 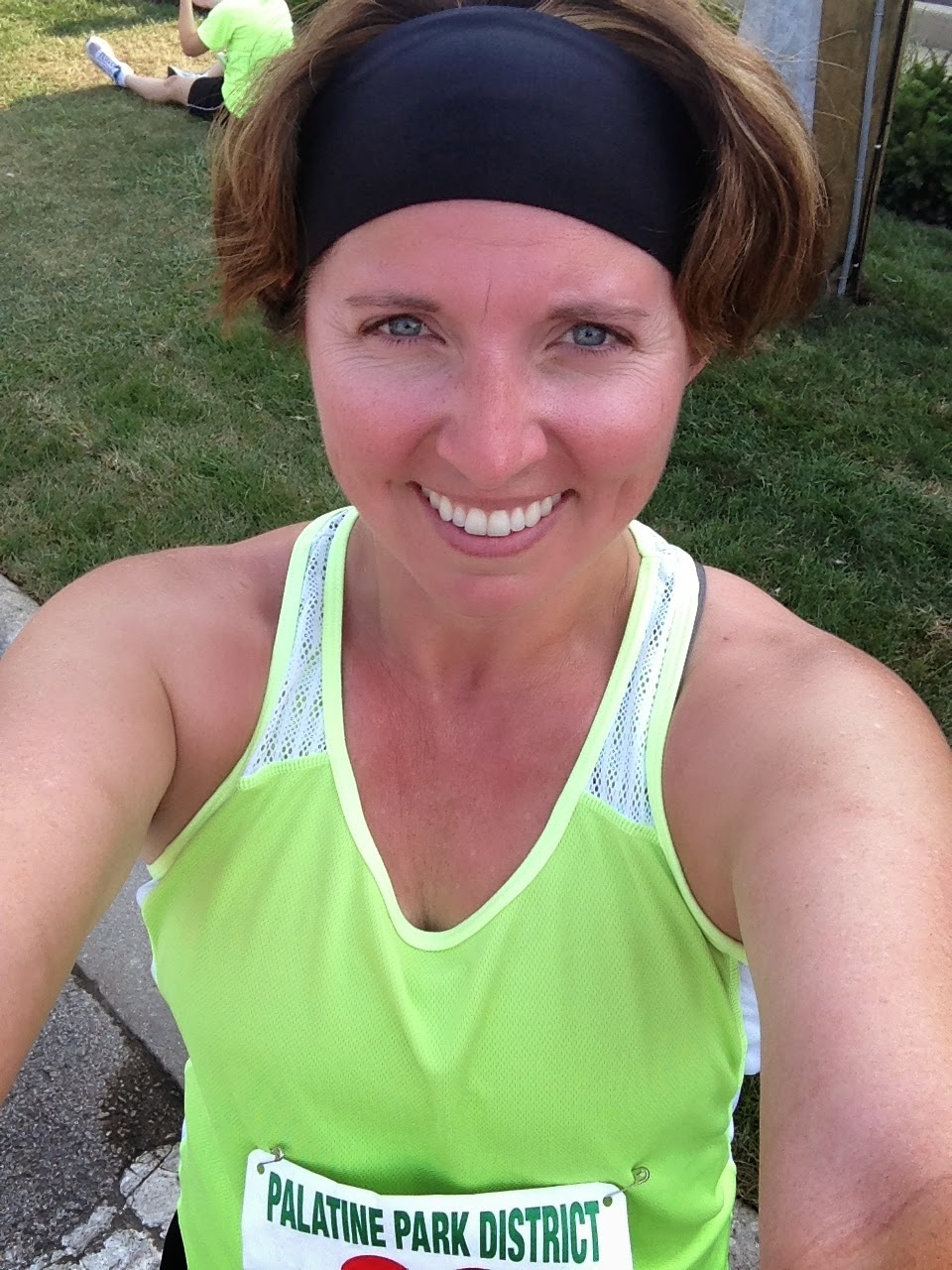 "I’m running for Shot@Life to raise funds and awareness for immunizations for children in developing countries.  Every 20 seconds a child dies from a preventable disease.  Diseases such as measles, rotavirus, pneumonia, and polio - all of which are fully preventable through immunization.  As a mother, I cannot image the thought of losing my children to an illness that could have been prevented with a simple shot.  But many mothers experience that fate every day.  That is why I advocate and - thanks to Charity Miles - I also run for Shot@Life.  All so that more mothers can have a shot at seeing their children have a shot at running a race, celebrating with friends, enjoying the glow of the finish line, giving back and a Shot@Life." 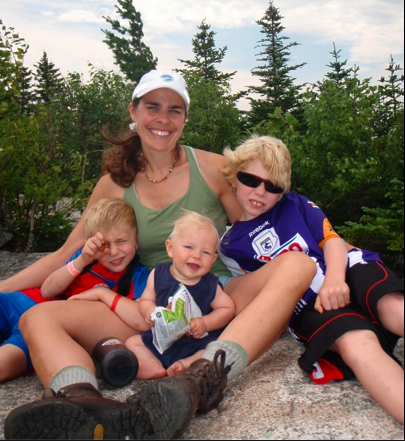 The Nature Conservancy strives to preserve healthy ecosystems that support people and host the diversity of life on Earth. It's approach to landscape conservation is the perfect first step we can take in creating awareness about environmental awareness. First, because people can see and experience the beautiful green space. Second, because it creates habitat for wildlife. I'm running for this organization because if we don't preserve the environment, everything else is moot. If we don't have a planet, we have nothing. 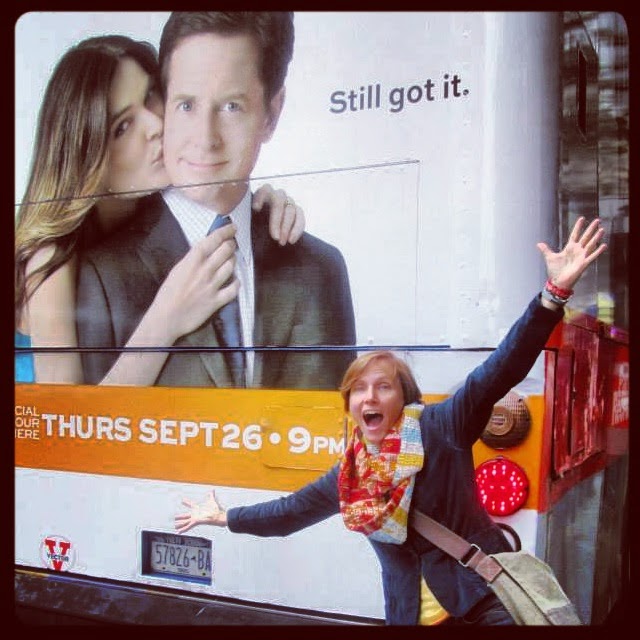 "I'm running for the Michael J. Fox Foundation for Parkinson's Research in memory of my step-father, Donald Ledden, who passed away from complications due to Parkinson's in 2011. I've only been running for two years and when I started I was a walk/run/catch my breath kind of person, making sure to use Charity Miles. When I started taking my running seriously and met MJFF Team Fox members, I started dedicating my miles towards the foundation. Why I run is simple: because I can. Every day I wake up and my body doesn't betray me by not working, I can do a something to make a difference for someone else. April is Parkinson's Awareness month, and I believe - like Michael J. Fox - that "our challenges don't define us, our actions do." So, I dedicate my 7.5 miles of our race in memory of my step-father. In the end, it doesn't matter how fast you run your miles, it's just important to know that in the end #everymilematters." 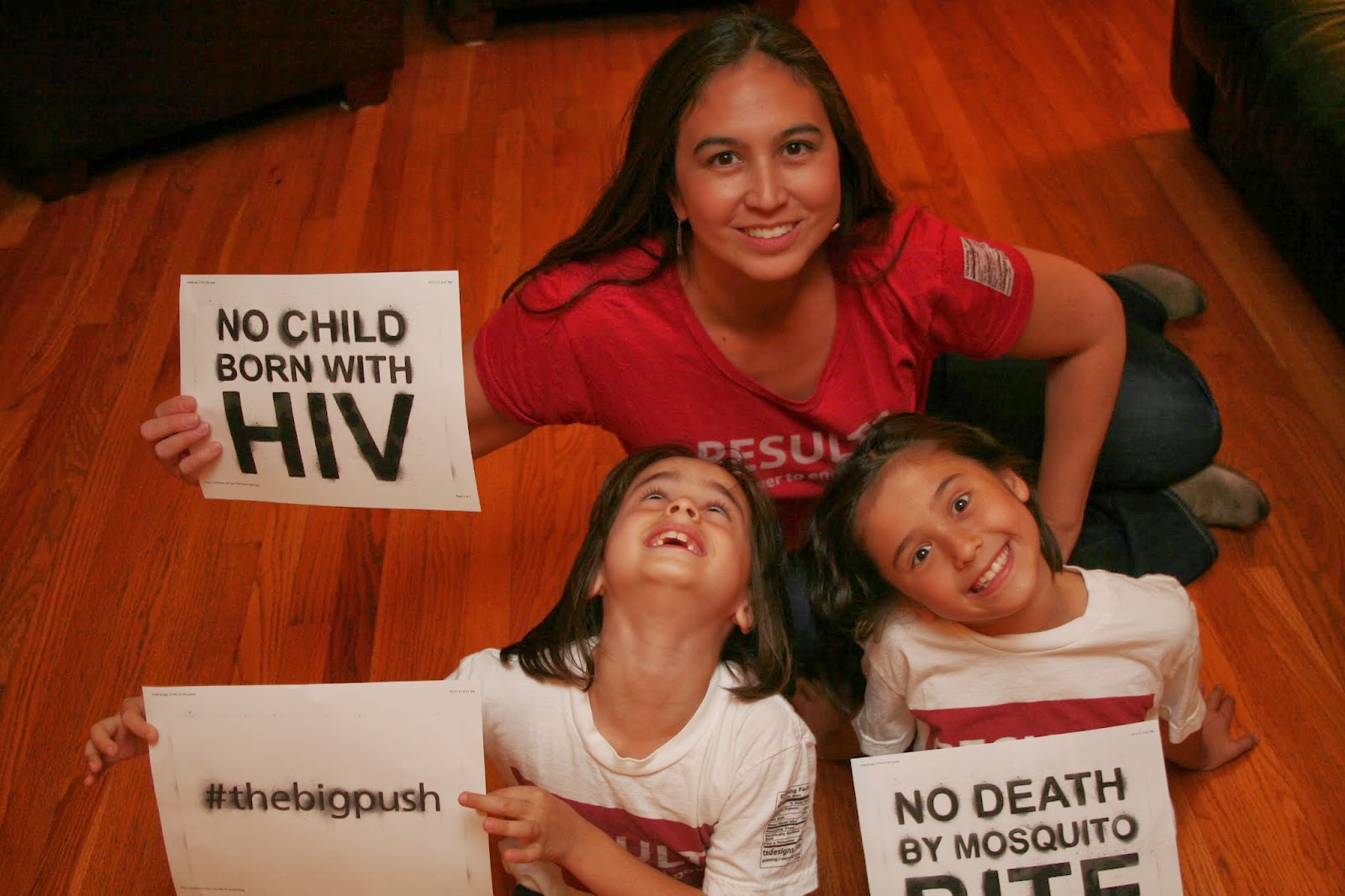 "I'm running for the (RED) campaign, which raises support for the Global Fund to Fight AIDS, TB, and Malaria. I know the deep love I have for my daughters would turn to despair if I didn't have the medications and resources to protect my children from such diseases of poverty. I want to spare other families from that grief. So, I rejoice that we all can be part of helping the Global Fund, which saves 100,000 lives every month. Thank you, Charity Miles, for giving us such an easy way to turn our races and everyday workouts into a life-saving exercise!"
Posted by CCYL at 2:08 PM No comments:

An Immunization is a Shot at Life 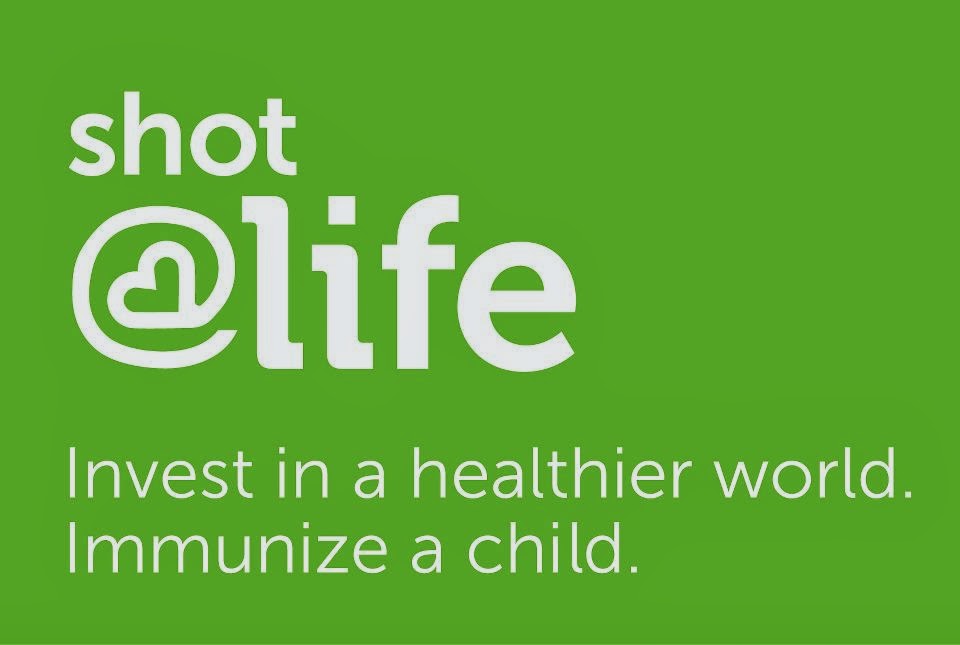 Now that I have tween-age kids, I'm staring to forget moments of their infancy. But something I remember well is taking them for immunization shots. Even before they could speak, my babies communicated to me how much they hated that pain. Their little eyes looked at me in what I interpreted as betrayal when I not only did not stop the pain, but thanked the nurse who inflicted it on them. There were tears to be sure and I soothed them. Because what they could not understand was that to be immunized against measles is to be given a shot, yes, as in a immunization, but also a shot as in a chance...a shot at life that many children who die before the age of 5 from preventable diseases will never have.

For many children around the world, they will miss moments of childhood that are a direct result of having a healthy start to life. This year, 1.7 million children around the world will die from a disease that could have been prevented by a vaccine. For many children living in developing countries, access to immunizations means the difference between life and death, a healthy life or a lifetime of struggle.

Take note here because I'm going to drop some news that is among the best ever told in the history of our planet: vaccines turn the tide on these senseless deaths. For example: Polio, a disease that once claimed the lives of millions around the world—and paralyzed nearly 1,000 children a day—has now dropped 99 percent in the number of cases worldwide over the last twenty years thanks to a coordinated global vaccination effort. Until recently, India was one of the last remaining countries where polio is still present, but it just marked three full years with no new cases of polio. This significant milestone demonstrates the tremendous impact of global vaccine delivery in providing each child with more birthdays, more smiles and more steps to leading a healthy life. 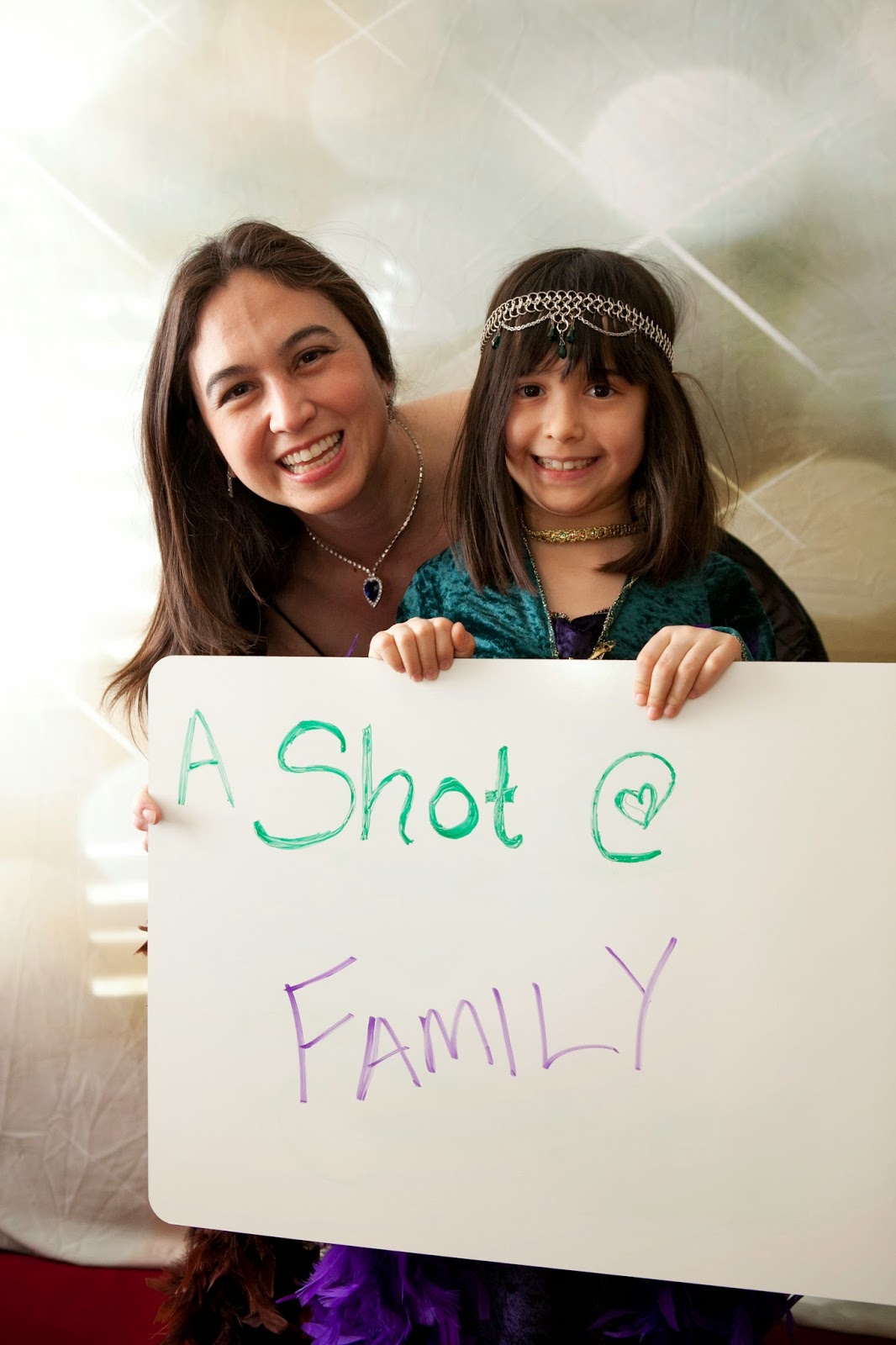 Vaccines are the safest, most economical way we have to protect children around the world on a global scale. But to keep up the good news, we have to keep up our investment. Three years ago, I became one of the first Shot@Life champions with the UN Foundation, so I could speak out to Congress and urge them to support global vaccine programs like the GAVI Alliance. Since then, hundreds of champions around the country have been trained to do their part to support healthy childhood around the world. This year, we're asking Congress for $200 million for fiscal year 2015 for global vaccines. That may seem like a big number, but it really isn't. We have to pay this relatively small number now, or we keep paying forever if we don't eradicate polio and measles. 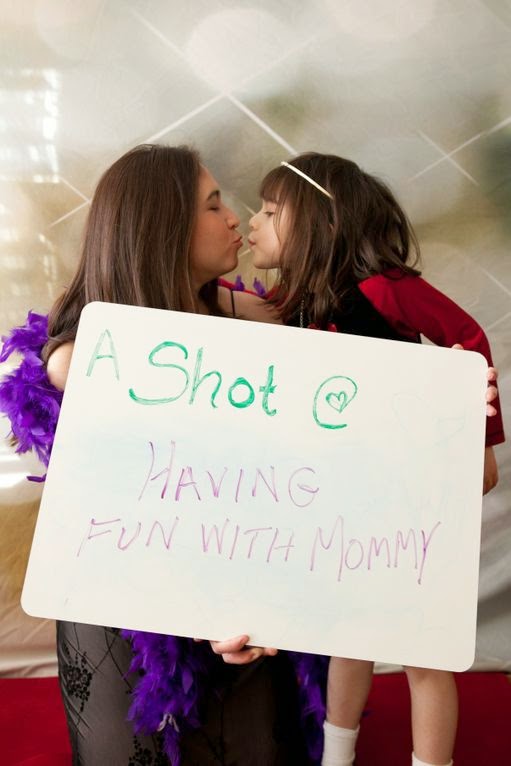 By visiting ShotatLife.org, YOU can learn more about the value of vaccines and what you can do to help promote Shot@Life. Whether it’s writing a letter to your local representative, hosting a fundraiser with your friends, or making a donation—just $5 will protect a child from polio and measles for his lifetime—the individual acts add up to make a big difference.

My kids may not remember their childhood vaccines, but they have provided us with protection against deadly disease—and more importantly, a lifetime of wonderful memories that will stay with us forever. Every child needs this chance, no matter where they are born. Join the growing movement of childhood supporters who believe that every child deserves a shot at a healthy life and the many beautiful milestones that come with it. 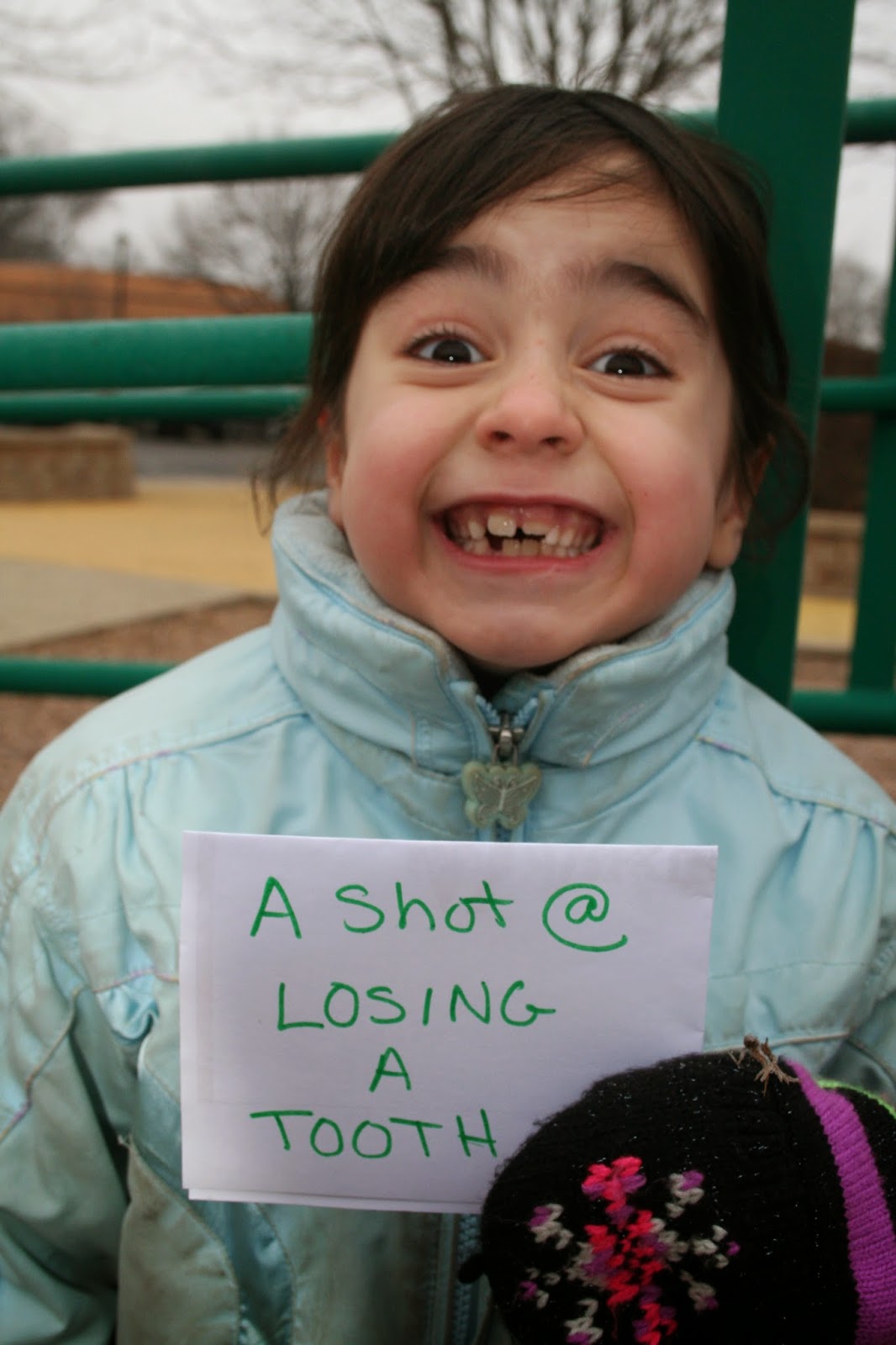