Living in a Small World 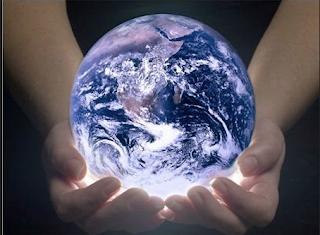 Quite out of the blue (seemingly), just before bed, my 4th grader asked me "What does 'It's a Small World' mean?" I put "seemingly" in that sentence because nothing to a child is as random as it seems. Because we happened to be in Washington D.C. at the RESULTS International Conference where people travel from all over the world under a common cause to end poverty...it had a special meaning to me that night.

We talked about the words of the beloved Disney song ("There is just one moon and one golden sun, and a smile means friendship to everyone") and the universal needs and desires of all humans everywhere on our planet. We talked about how we are so connected by technology to others so that grandma and grandpa don't really seem that far away. But we also talked about all the people we'd been talking to at the conference from Kenya, Canada, Australia, Nepal, the UK, Malawi...and so many of the states in the U.S.A. It's possible for us to meet amazing people from all over this huge planet to have personal interactions - both lofty and silly - that may change us forever. Most of all, we talked about the reason we travelled to be there: to make sure children all over the world have good health and access to education. 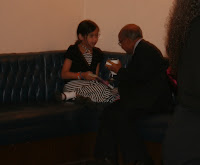 So, for us, "It's a Small World" meant that a former Assistant Secretary-General of the UN and Deputy Executive Director of UNICEF, slept across the hall from us in our hotel and could ask a child at a cocktail party if she knows the name of the tallest mountain in the world.

It meant a Nobel Laureate from Bangladesh can walk across a room to ask a little girl what she is texting to her daddy on an iphone.

It meant a grassroots activist for girls' education from Pakistan may reach out to give an American student a silly hug. 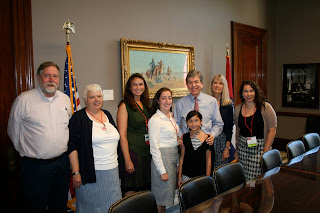 And - most importantly- it meant a 9-year-old and her mom going to see her senator might help save millions of lives from disease by praising his support for the Global Fund to Fight AIDS, TB, and Malaria.

"There's so much that we share
that it's time we're aware,
it's a small world after all"
- "It's a Small World" attraction, Walt Disney Theme Parks
Posted by CCYL at 4:35 PM No comments: