Many Actions Save Many Lives

"Good luck finding anyone in Missouri who cares about global poverty!"
"Don't even bother with asking Senator Blunt for anything."
"You have no idea what you've moved into."

That's what friends and family told me when I moved to St. Louis two years ago. I'd been living in Chicago for over 10 years advocating on global poverty issues like polio vaccines, and girls' education. Because my former members of Congress (Senator Durbin, Senator Kirk, and Representative Jan Schakowksy) were leaders who understood the value of helping people lift themselves out of poverty for the benefit of everyone, Illinois was a great training ground for a nervous new activist. But when I moved to Missouri, a chorus of well-meaning negativity insisted I'd alone in my hopeless mission to sway legislators in my newly adopted state to save lives of children in extreme poverty.


So, why is it that last week Senator Blunt agreed to co-sign a global polio vaccine bill in just 24 hours with only one email request form me?

The short answer is: Because that request was one action on top of many different kinds of coordinated actions taken by many kinds of people.

After hearing quite enough about how I'd never get Senator Blunt to sign onto anything, I decided I would take all the best advice I'd learned from RESULTS, Shot@Life, Bread for the World, and the ONE Campaign to advocate using ALL our best practices, including: 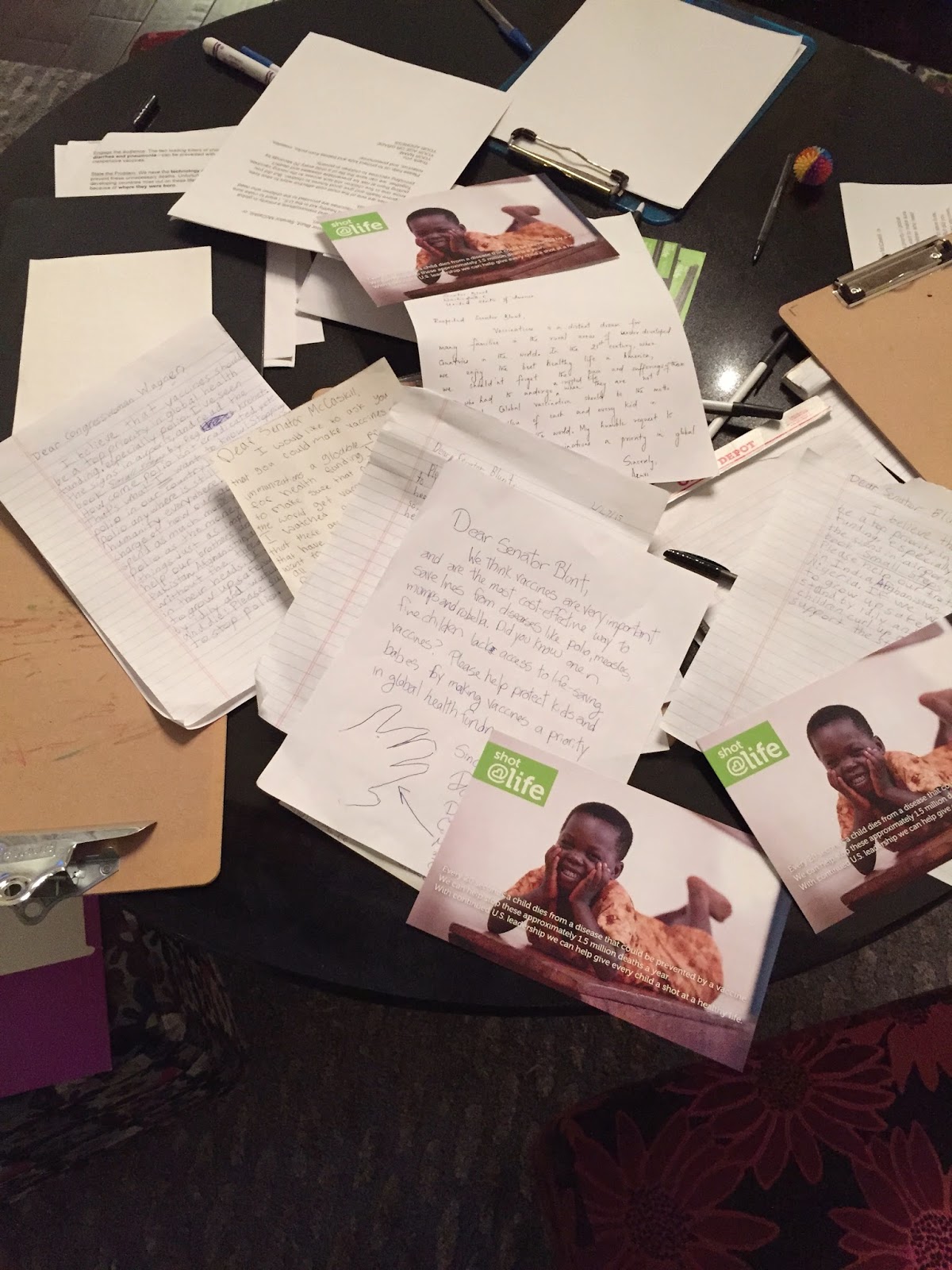 "GLAH!" I hear you say. "That sounds like a lot of work!" Yes, yes it is. But it's totally worth it. But don't take my word for it, listen to my daughters and their thoughts on why taking multiple actions is worth the effort. They would know. They've seen this work dozens of times on a number of issues...umm...maybe not the issue of songbirds in zoos, but just take a look and bear with her example:

Little Sister: "But if someone comes in and physically talks to them and then hands in a bunch of letters from kids and adults and everyone is posting it on media and everyone's agreeing with this. And you send letters, more letters and things from Girl Scout troops and meeting them in person. It's sort of going like...the senators and representatives might get in trouble if they DON'T."

Big Sister: "Because people won't vote for them. And robins will be in zoos..." 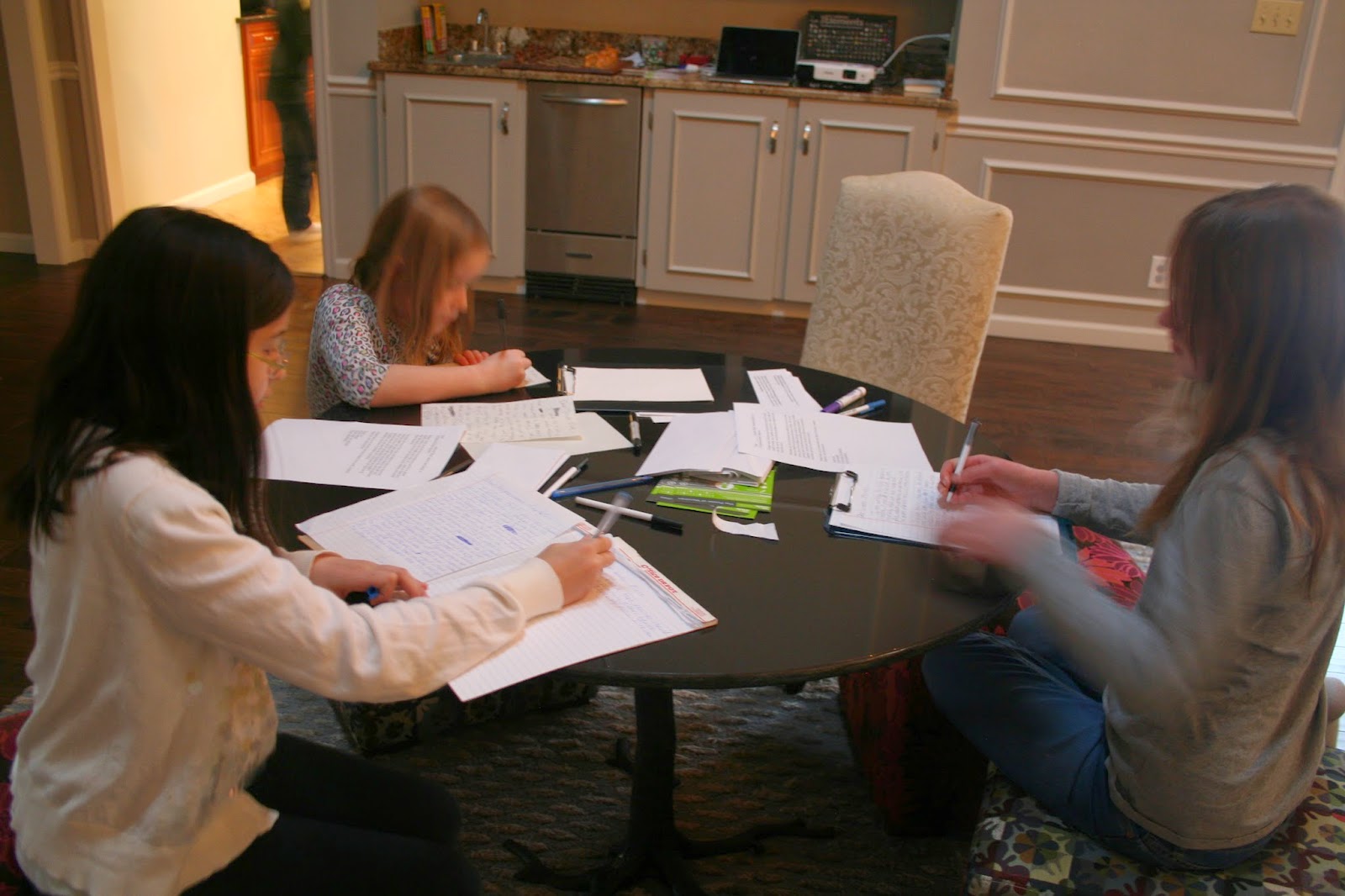 Okay...robins and zoos aside...for the last six months, I've led efforts to contact the senator about vaccines. Adults and children wrote letters about global vaccines. We got several letters-to-the-editor and an op-ed printed in the local paper. We directed tweets and phone calls to them and sat down in multiple meetings with staff. We even invited Blunt to attend and make remarks at  foreign aid hearing with Bill Gates talking about vaccines! (He totally attended and here is a YouTube video of his remarks.)

With all that time-consuming, unglamorous ground work done, I now have enough of a network and reputation to be effective and I've also found out that Senator Blunt was supportive of other kinds of global health funding all along (namely, HIV/AIDS programs). That means that when the Senate Resolution 108 to gather support for global polio vaccinations came around last week, Blunt's aides already knew:
1) I am a reputable person working with good organizations making a reasonable ask, and
2) There is a good amount of constituent support for the issue.
So, Senator Blunt could feel comfortable giving us an immediate yes on this bi-partisan bill. This is a big breakthrough for me to get 24 hour positive turnaround on a request!!

Don't feel disheartened if you're also trying to get your senator to sign S. Res. 108 for support of polio programs and you don't yet have this relationship. View your current request as one more step in a chain of actions that will help you to get to know every congressional staffer as an individual person. You may get the breakthrough on this request or a future one, but every action builds on the last...especially if you are persistent and remember to build those personal relationships!

Now, if you didn't already know, this blog is one of several written by Shot@Life champions for Advocate 2 Vaccinate, a coast-to-coast challenge for global vaccination that coincides with World Immunization Week (April 24-30). I am pleased to be joining several of them in a blog relay. Here’s the lineup, so you can check out what my fellow mom-advocates have to say about global vaccines this week!

Friday, April 24: Jennifer DeFranco with Let the Relay Begin…S@L, A2V, and Me!
Friday, April 24: Nicole Morgan with Want to be a Super Hero?
Saturday, April 25: Nicolette Springer with Advocate to Vaccinate: You Can Be a Champion!
April 26 – Pam Brown Margolis with It’s World Immunization Week! Let’s Keep My Little Readers Healthy #vaccineswork #WIW15 and ME!
April 27 – Cindy Levin with Many Actions Save Many Lives
April 28 – Anne Parris of Not a SuperMom
April 29 – Ilina Ewen of Dirt and Noise
April 30 – Andrea Bates of Good Girl Gone Redneck
Posted by CCYL at 11:34 PM 7 comments: