Today, I'm honored to post the writing of a guest blogger, Shruti, a good friend of my daughter. She wrote the following piece about Malala Yousafzai for her 7th grade class. I was moved by her last paragraph about how she has been inspired by Malala to help girls around the world to access education. She told me about her family trip to India, where she got to visit a school for girls who had previously been denied education by their families. Even though their families did not put value on education for girls, their community came together to create the school and put pressure on the their parents to let them come.

Shruti got a chance hear firsthand about how the students felt about their new opportunities. One student still cries every morning when she arrives because she is so grateful to be getting the education she thought was out of her reach. Another girl used to actually dream at night about how it would feel to hold a pencil in her hand...she never thought she would have that chance in real life! I was so moved by these stories that I asked her to tell these stories to an aide in the office of our U.S. representative. I'm so happy she came with our RESULTS group to speak out. She bravely told her story with sincerity and passion, helping us make the case for why we want our U.S. representative to fund the Global Partnership for Education at a level of $125 Million for fiscal year 2018.

To learn more about the value of educating girls and the life of Malala, please enjoy Shruti's essay...

A Girl With Knowledge : A Girl with Power 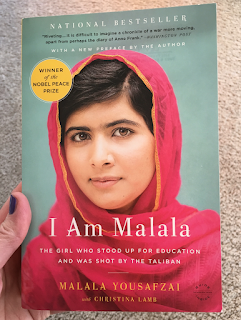 With every extra year of quality education, a girl earns 20% more as an adult. There are millions of girls around the world who don’t get to learn to read or write because they are forced to work around the house and get married early. Many others simply can’t afford school because of war or poverty in their countries. A few years ago, a young girl named Malala Yousafzai began working towards providing girls around the world with quality education..

In 2009, Malala had started writing a blog for the BBC Urdu service under a pseudonym. Most of her blog posts were about Malala’s opinion of the Taliban banning girls from going to school and destroying school buildings. A few months afterwards, she was featured in a New York Times documentary, and was revealed as the author of the BBC blog.

On October 9, 2012, young education activist Malala Yousafzai was shot by the Taliban for speaking out about girls’ right to education, while she rode her bus back home from school.
When Malala was shot, people all around the world rose to her defense, and began rallying for girls’ education with more enthusiasm than had ever been witnessed for this cause.

Sticking With Her Dream

Flash forward to early 2013 — Malala gave her first speech after recovery at the UN. Even after being shot, and going through a long recovery, Malala said that “Education is the only solution. Education First.”  Recently, on her eighteenth birthday, Malala opened a school in Lebanon for Syrian refugee girls.

How Many Girls Don’t Receive The Education They Need?

As stated on the Malala Fund website, 32 million girls eligible for elementary through middle school are still out of school around the world. School enrollment rates for girls have improved over the past ten years, yet more than 30 million girls between ages 9 and 15 are still out of school today. Most of them will never enter a classroom.
Another 98 million girls are missing out on secondary education. Millions more are missing out on the final years of secondary schooling but are not being counted. Girls are often under pressure to drop out of school, even if they have completed basic education.

The Benefits of A Quality Education

According to “Girls' education: A lifeline to development” found on UNICEF’s website, studies from a number of countries suggest that an additional year of schooling would increase a woman's future salary by about 15 %, compared with 11 % for a man.
Educated girls are more likely to avoid getting married as a child, and usually have fewer children than girls who don’t have access to education.

How Many Have We Actually Helped?

According to Dr. Geeta Rao Gupta, former president of the International Centre for Research on Women, the education target has made an important difference in the lives of girls and women. “Action and investments of dollars into women’s constraints and needs has increased. And that has resulted in some progress.” said Dr. Rao Gupta.

“The girls who are left behind are the ones who are most in need – and these are poor girls, those who belong to minority populations within their countries and those who live in rural areas,” Dr. Rao Gupta added. “Unfortunately, they are the ones who still have not received the benefits of the various investments made in most countries around the world.”

What Can We Do To Help? 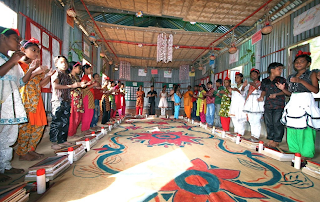 Even a small contribution would help us reach the point where every girl has access to good education. Hosting small fundraisers, donating towards the cause, or even rallying for it are ways that would be beneficial. Many non-profit organizations write letters to the governments of multiple developed countries, asking them to step in and try to improve the accessibility to education for girls around the world. Together, we can achieve our goal of providing every girl with a quality education.
We are so fortunate to receive education and get a chance to make our own future. Many children around the world never get that chance. I think about all those times I have complained about homework assignments. I think of all those times I have whined about studying for a test. And I realize what an important opportunity I have — I can work towards going to my dream college and I have a job I have always thought about having. After writing this article and reading about girls all around the world who dream of holding a pencil and a notebook, I know for sure that I will never forget to appreciate my education and will try my best to contribute towards girls’ education.