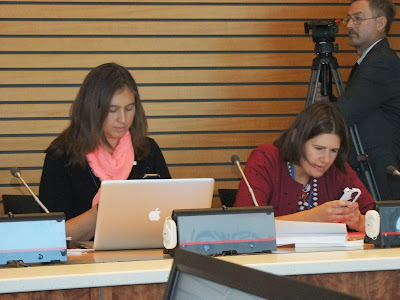 "OMG! Have you seen your own Twitter account?! You're on it all the time," I imagine my friends saying.

Yes, well. Despite that, I came slowly to Twitter. It's not a super-easy format for me to use. However, it’s one more tool in the advocacy toolbox. To quote Kolleen Bouchane, Policy and Advocacy Director of A World at School, “I know great advocates who use Twitter and wonderful advocates who have no idea what Twitter is.” You don't need a Twitter account to create real change in the world. But if you use one already, by all means use it to advocate as well! Twitter has connected me to many wonderful activists who wouldn't be in my life otherwise.

I hesitantly started tweeting when I attended the first-ever Shot@Life Summit. Many participants were social media pros and they encouraged me to get on the Twitter wagon. Mistakenly, I thought I should build up a big following so people would take the actions I suggested in my tweets. Wrong! Maybe I’m just not very convincing with a 140 character limit. Followers may take action with me if they’ve seen me in some other venue, but Twitter seems to act mainly as a reminder to take an action. It’s rare that my tweets move people to action even among my steadfast advocacy friends.

But enough about what Twitter won’t do for you! Over the years, I've actually become pretty proficient at using it to the point where I even get paid for my live-tweeting skills. Here are 5 ways Twitter has been quite effective in my advocacy work and can be in yours:

#1 Add leverage to an Action Day or a movement
If you see a hashtag (a keyword preceded with a "#" to make it more searchable) about one of your issues showing up in your Twitter feed a lot – like #EndPolio – it might be alerting you to a day of action started by an organization connected to your issue. When your organization has a phone call-in day, your tweets about it with a link to the action and the appropriate hashtag will act as your endorsement that the action is a good thing to do. Note: The action must be SIMPLE, like asking someone to "re-tweet" a message to the White House or member of Congress. (Example: "Pls RT: @ClairMC Pls sign onto S. Res. 108 to help us #EndPolio & give kids a @ShotatLife ") 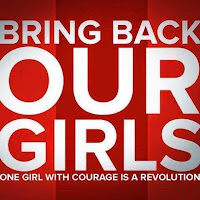 The #BringBackOurGirls hashtag went globally viral very quickly after the Chibok schoolgirls were abducted in Nigeria by terrorists in 2014. As of today none of the girls have been recovered yet, but the movement lives on and I've had the privilege of meeting and working with Aisha Yesufu, one of the activists who has dedicated every day since the kidnapping to forcing her government to be accountable for the return of the girls. I would not be in contact with her at all were it not for the Twitter movement.

#2 Tweet content to build relationships your allies
If you're a blogger, tweet links to your blog posts and tag other people who are interested in the same issue. Also re-tweet related content from people you admire and want to work with. If they like what they see, they may start following you and re-tweeting. When they do, you’ll have new allies helping you build a bigger audience. These are also people you should seek out at conferences or ask to meet, so you can work on joint projects and extend your mutual reach. Occasionally, I’ve also been asked by national organizations for permission to re-post my writing that I tweeted to them.

#3 Live-tweet an event
When a special event is going on with your organization, sending out tweets about it in real time is a great way to help your followers feel engaged with the action. It extends the impact of the event. Live-tweeting is a tricky skill to learn, but here are the basics.

#4 Participate in Twitter Parties to raise awareness
A "twitter party" is a virtual event that brings people together to discuss an issue on social media while raising awareness with their followers. Generally about 1 hour long, they are especially effective if a celebrity participates to bring hundreds of fans to the conversation, but a smaller party can get help your connections, too, if you have fun and informed people involved. Before you organize one, it can be helpful to join one to see how it works in person or team up with someone who has hosted one before.

These are the general steps to putting together your own Twitter party:

#5 Get the attention of a Twitter celebrity to boost your message
Getting a celebrity re-tweet for your org could be as simple as wearing your logo T-shirt and taking an awesome picture in front of the poster of a movie they are starring in on opening night. You just never know!

While waiting for a ONE Campaign lobby meeting, I looked over to see my daughter reading a book by her favorite author Rick Riordan (a.k.a. "@CampHalfBlood" on Twitter), creator of the popular Percy Jackson books. Since she was wearing a ONE t-shirt, I tweeted her picture while tagging both ONE and the author. After the meeting, I was shocked to see so much activity on my normally quiet account. It turned out that Riordan himself had re-tweeted it to his 302,000 followers, ensuring his rabid pre-teen and adult fans put eyeballs on the ONE logo and spread the word that kids can lobby and save the world. Twitter reported that 52,393 people saw my tweet on Twitter and 4,755 people interacted with it in some way.

Twitter can be an ugly world. If you step out in public to speak out for something, chances are likely that someone someday will speak back to you against that thing. Don't take it personally. Block especially viscous people if you have to. As with all advocacy, you'll get much farther and earn more quality allies by keeping your message positive and inspiring.


IN CONCLUSION...the only way to really learn to use this tool is to get in there and do it. Start by following some Twitter users you respect, re-tweet their posts, and learn from them. Experiment and see what works for you. It's not for everyone, but it can be a very fun way to connect with people you might never work with otherwise. Good luck!
Posted by CCYL at 12:11 PM